skip to main | skip to sidebar

Valley of the Sun

Hey whats up just got back from Arizona I was down there at a bike race called Valley of the Sun. Had a great race toke 5th in the time trial with a minute away from the leader. On the rode race I toke fourth it was fun some kid broke away on the first lap some kid on SCVelo he gained 5 minutes on the peloton. But the peloton didn't have to worry he was 42 in the time trial with 8 minutes to gain back. So no worries. It was hard because I had to cover every move because I was the only kid that didn't have a team mate. On the second lap we were able to drop the leader on the climb so everyone was able to gain time. The crit was awesome it was a fun course it had a slight climb in it. Again it was a hard race because again the attacks gept comin I thought I was going to get drooped. it was tuff. On the last lap a kid from major motion broke away and then a kid from SCVelo broke away after him. Then I went after him. And the SCVelo kid and I worked together and was able to catch the kid from major motion. I toke 3rd in the crit and so I got a time bounce of 10 seconds. and gained 10 seconds on the peloton. So with my time bounces and the gap time I was able to move up to 2nd and that's what I toke over all. My next race will be tour de soul in Saint George.
Posted by TJ Eisenhart at 4:38 PM

Congratulations on the race!

Cool photos from Valley of the Sun are available at James Rickman Photography.

Enjoy and keep on racin'!

Rudy Project is my newist sponsor I just orderd some sunglasses from them cant wait to get them. There are a great company you should defantly check them out.

Sports Base is the best registration site for triathlons rode races any big race.

Get Away Today Vacations

Defeet has some great socks you should check them out 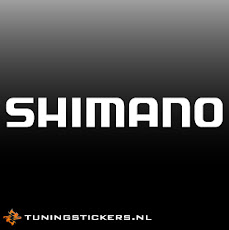 Shimano is the best I love there shoes and components, and their wheels are the best to you should check them out.

My Sponsors are the BEST! Check Them Out!